Did you know you can now buy alstroemeria plants from Cade Street Nursery, for delivery direct to your door?

Visit our online shop to view our full range of alstroemeria, including: 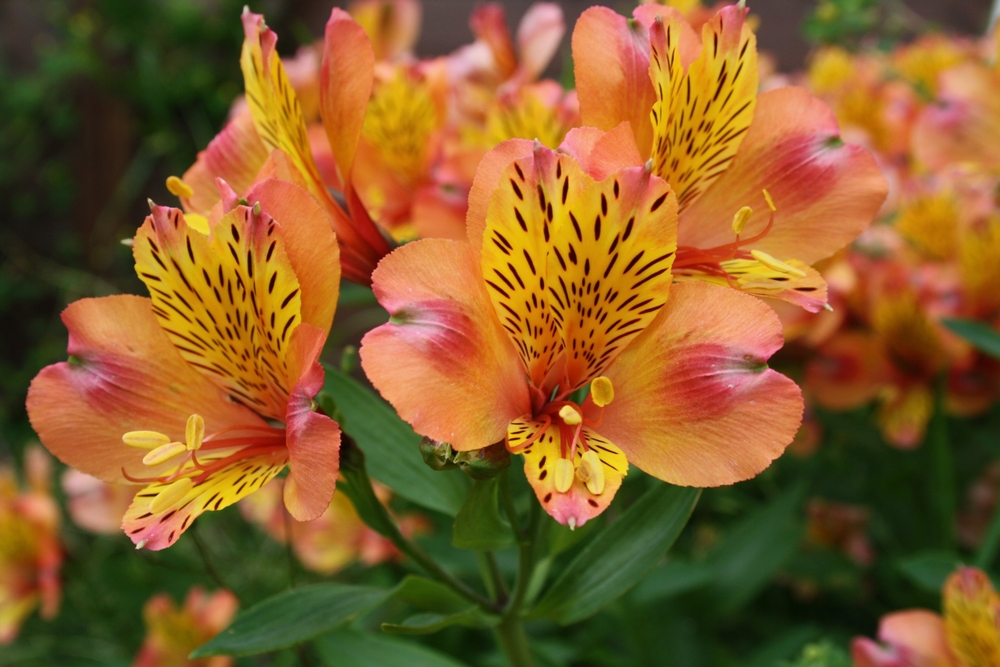 Got some questions about alstroemeria?

If so, we’ve pulled together all the information you could possibly need to help you make your mind up to create this one-stop comprehensive guide:

When and where should I plant alstroemeria?

The best time to plant Alstroemeria is in the late spring/early summer months. April, May and the beginning of June are ideal, but you can just about get away with going up to August as well.

This gives the plant plenty of time to get properly established during its first summer in your garden.

Ideally, they should be planted in part of the garden that is reasonably sheltered and where they will receive a good amount of sunlight.

Aim to position each plant about 2 feet (approximately 60 centimetres) from each other, keeping the top of the compost in the pot just below the surface of the soil when planting.

What colours can alstroemeria come in?

Alstroemeria comes in a variety of colours including white, yellow, red, orange, purple and pink. The petals can often have contrasting colour patterns and speckled throats.

What does ‘alstroemeria’ mean?

Originating from South America and otherwise known as the ‘Peruvian Lily’ or ‘Lily of the Incas’, it is named after a Swedish baron named Claus von Alstromer, who brought the seeds back to Europe in the mid-1700s.

What does the alstroemeria flower represent?

This flower symbolises friendship, while each of the six Alstroemeria petals supposedly representing a special characteristic: understanding, humour, patience, empathy, commitment and respect.

Is alstroemeria evergreen or perennial?

Can you grow alstroemeria in pots?

Yes, you can. Make sure that the pot you are planting the alstroemeria into is big enough to keep the plant moist in warm weather.

You will also need to add a support (such as a length of garden cane) to the plant for the alstroemeria stem, which can reach up to a metre in height. When growing in pots move the pot to a sheltered position in winter as plants in pots are less protected from freezing conditions.

It should be planted with a general granule fertiliser at planting and then use a general liquid feed when the plant is established.

When does alstroemeria flower?

The ‘Summer’ alstroemeria series flower from June to October. 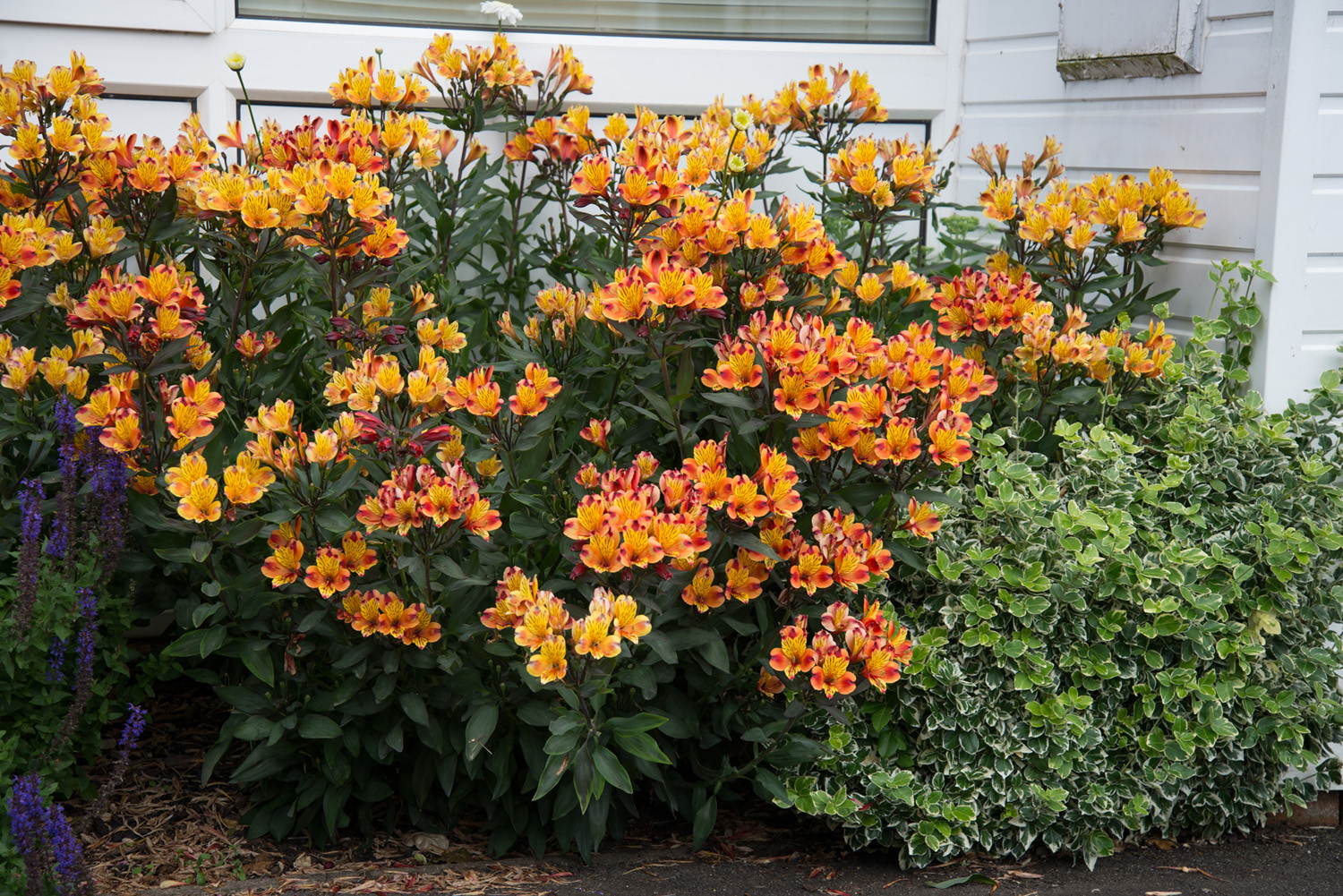 When should I divide, cut back or move my alstroemeria?

For dividing and moving alstroemeria it is best to do this early in the spring, ensuring that you take all the roots out when lifting the plant to give it the best possible chance to re-establish itself in its new home.

For cutting back the alstroemeria, take care to pull the stems from the plant when harvesting the flowers, rather than cutting them from the base of the plant.

When it has died back in the winter months, it can then be tidied up by cutting the stems back to the base.

What should I feed my alstroemeria?

To ensure the growth of a healthy flower from the start, use a solid base fertilizer when planting the alstroemeria.

Going forward, use a liquid fertiliser every two to three weeks of the growing season.

How long will alstroemeria last?

Being long-lived perennials, when planted in the garden alstroemeria can last for many years.

Flower cuttings are also fairly long-lived, lasting over two weeks when in a vase.

Alstroemeria contains a toxin called tulipalin, which is potentially harmful to all animals.

However, the taste of the alstroemeria is not pleasant for animals, so they should leave them well alone. 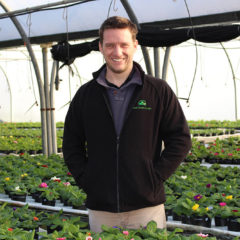