Heuchera, otherwise known as coral bells, are evergreen perennial plants that come in a variety of vibrant shades, and are a fantastic way to add some texture and tone to a garden.

We now have heuchera ready for purchase from the new Cade Street Nursery online store, all grown at our own Nursery in Heathfield.

We currently have the following varieties available: 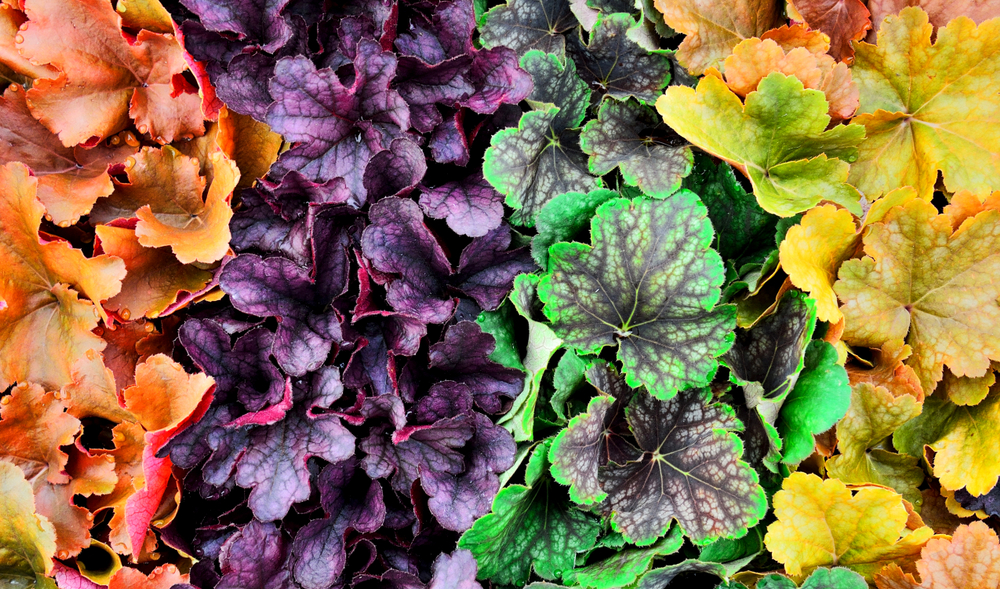 We think that heuchera should be a consideration for any gardener.It is a very resilient and versatile plant that, depending on the type, can find a home in your garden in both sunny and shady areas.

Not sure if it’s right for you? Here are some answers to some of the most common questions about the heuchera:

When should I plant my heuchera?

Heuchera are very tolerant to cold weather, meaning you can plant them at any time of year – spring, summer, autumn or winter.

Can I grow heuchera indoors?

Heuchera plants will perform much, much better outside and generally should not be planted indoors.

How often should I be fertilizing my heuchera (and with what fertiliser)?

When initially planting, granule feed is best to use with heuchera. After this, you should treat them with liquid feed every three to four weeks throughout the growing season. In the spring months, mulching the soil around them with manure will ensure that they have a rich and fertile environment to help them flourish.

Where should I plant heuchera in the garden?

Make sure that you place your heuchera in a spot in the garden where they will receive moderate sunlight. The soil should be rich and fully drained; even though they are quite resilient, Heuchera will not do very well in a part of the garden that is regularly waterlogged. 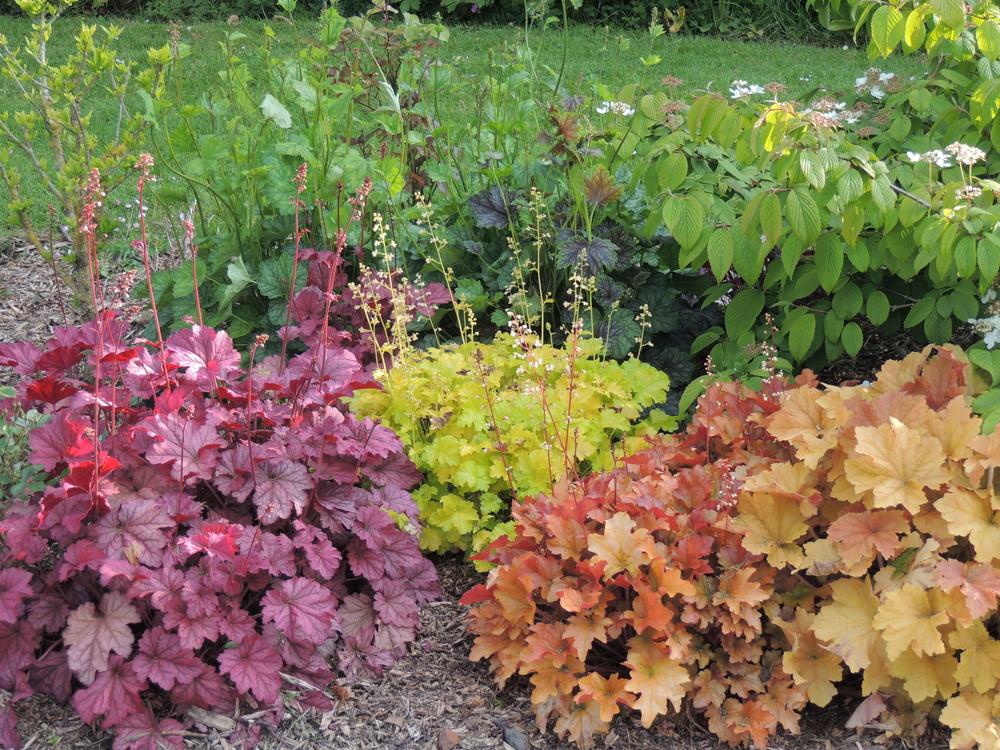 Heuchera is an evergreen perennial plant. They retain the majority of their foliage throughout the winter months, meaning all you have to do in the springtime is some minor maintenance clearing up any dead leaves.

What are the right growing conditions for heuchera in the UK? Do I need to plant them in the shade?

Heuchera need a reasonable amount of sunlight to perform and be given the opportunity to properly develop their colours.

As a general rule, the lighter colours of heuchera (e.g. green; yellow; silver) need more protection than the darker colours like red and maroon. The darkest heuchera, such as the black shades, can even tolerate fully lit areas of your garden.

They are resilient plants, but make sure you keep an eye on them to ensure they aren’t burning through overexposure to the sun.

What colours do heuchera come in?

There are a lot of different varieties of Heuchera, and they come in hundreds of different colours and sizes. This includes (but is not limited to) red, green, maroon, orange, yellow, silver, brown, and black. They can even come in two-toned colours, meaning there really is a perfect heuchera for every garden.

Yes. The heuchera shoot up flowers in late spring and early summer, heuchera sends up delicate bloom stalks that look like spikes of small red, white, or pink bell-like flowers. 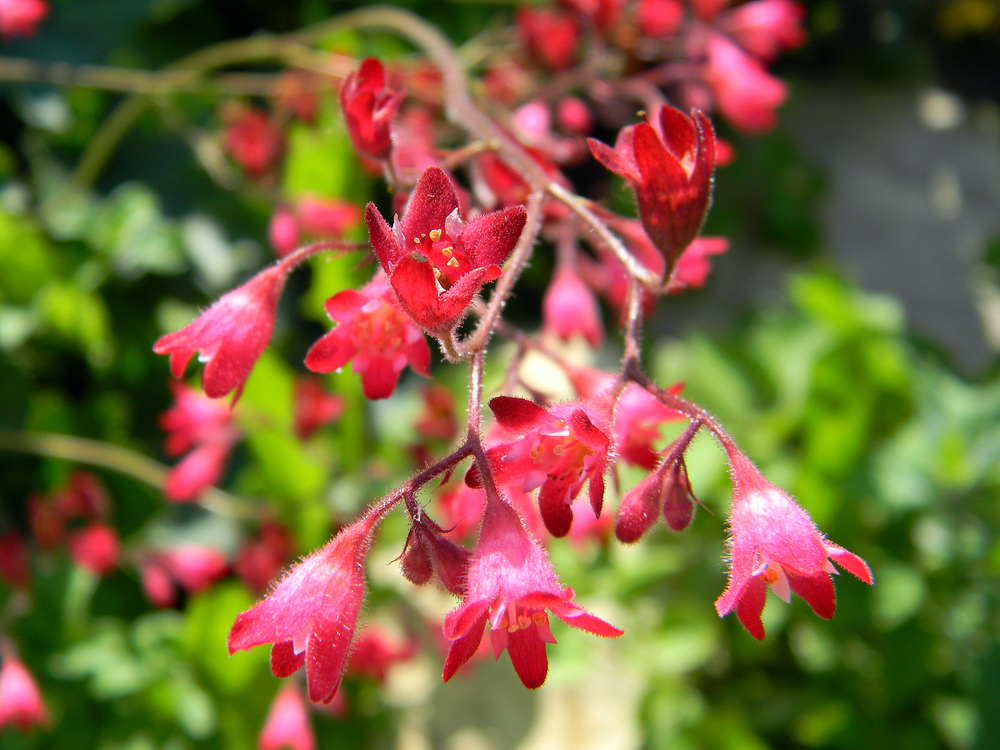 The name ‘coral bell’ comes from the small bell-like flowers the heuchera produces, as well as the array of coral coloured shades that the plant comes in.

How large do heuchera plants grow?

This is dependent on the particular variety of heuchera, but as a general guide the foliage of the heuchera grows up to 8 to 10 inches (20-25cm) in height. With the blooming flowers, this can add an extra 10 to 12 inches (25-30cm) on top of this, meaning that they can sometimes reach up to just under two feet when fully in bloom.